On one of our recent trips to Edinburgh, we decided to divert via Southport. It is the largest seaside town in Merseyside and the only Conservative constituency in the region. The town lies on the Sefton Coast of the Irish sea with the Ribble Estuary to the north. To the south is Ainsdale and Birkdale Sandhills Nature Reserve which is one of the largest areas of wild sand dunes left in the UK. Southport is home to the second longest pier in the country; the longest being Southend. It opened in August 1860 and is the oldest iron pier in the country and at a length of 1,108m, the longest iron one. 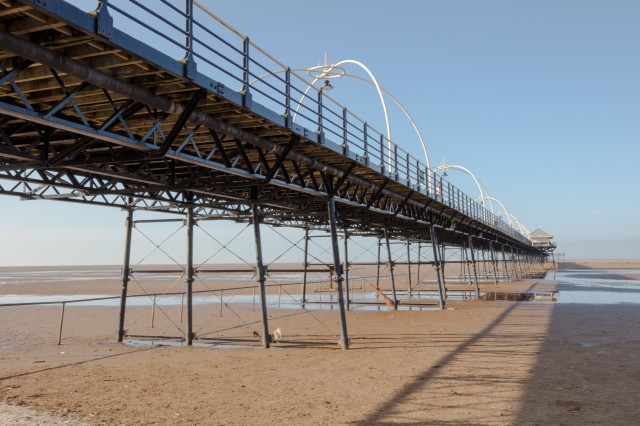 Interestingly in a time of climate change, global warming, rising sea levels and parts of the east coast of England disappearing into the sea; the sea in Southport has been recessing away from the coast during the 20th century. The Kings Gardens and Marine Lake are now where the beach was previously. 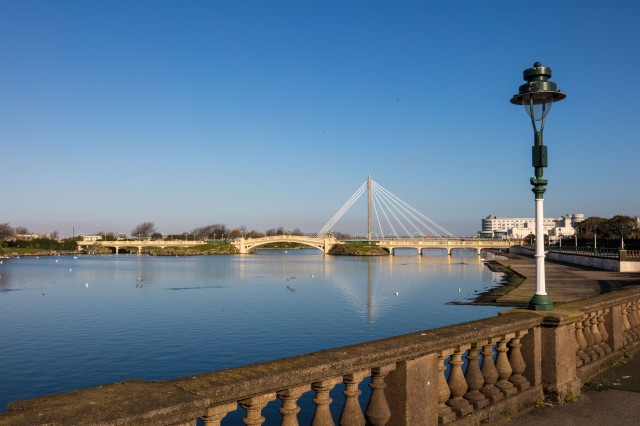 They were opened in 1913 and reopened after restoration in 2014. Swans and other water birds were on the water while bridges and the pier take traffic and pedestrians across to the sea front. Other green spaces in town are Hesketh Gardens and Victoria Park. Every year Southport hosts a Flower Show which celebrated its 90th anniversary in summer 2019. Lord Street is in the town centre lined with Victorian buildings and many shops. Southport still has many independent shops but has also lost some and some of the chain stores have left like many other towns in the country. Lord Street hosts Wayfarers arcade which opened in 1898 with 30 stores. There are now a few empty ones.

In September 2019, the town received £1.6m from the National Lottery Heritage Fund and in addition to money given by the council, this is being devoted to rejuvenating the town centre. Most of the market was being renovated and only a few stalls were open. We found Broadhurst’s Bookshop on Market Street. It has new books on the ground floor and two floors of secondhand books.

There are two other secondhand bookshops in town. We passed one of them but it was closed. A picnic was had in the sun by the beach and I had a brief beachcomb. There was only a narrow strip of sand but a long stretch of mud and the tide was out.

On an off-season weekday it was very quiet with just a few dog walkers. There were lots of razor shells on the beach; more than I have seen anywhere else, a few cockles and whelks. I found one piece of sea glass and then noticed an older man picking up something and filling bags which he was then loading onto his cycle. We got chatting and he told me that he was picking up coal for his fire. It is not something I have seen on a beach before but he told me that he had heard of a guy in Yorkshire who collected large amounts of coal from his local beach and sold it to a power station. Later, we watched the sun go down at the end of the pier 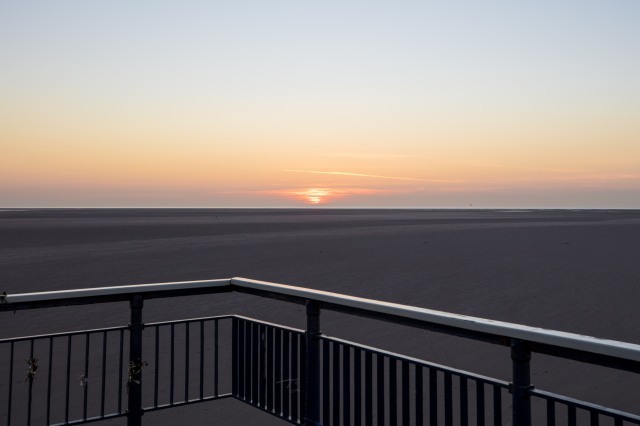 and the lights come on. 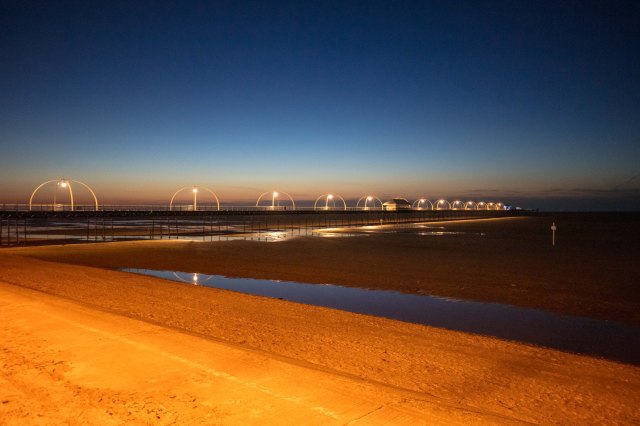 We had to leave the next morning and driving out of town it was hard to find a Guardian newspaper at any of the garages or newsagents in the outskirts. With a bit more time and when our coastal journey gets round here there is the Botanic Gardens to explore, the Atkinson Centre and a bird reserve slightly north of the town on the coast.