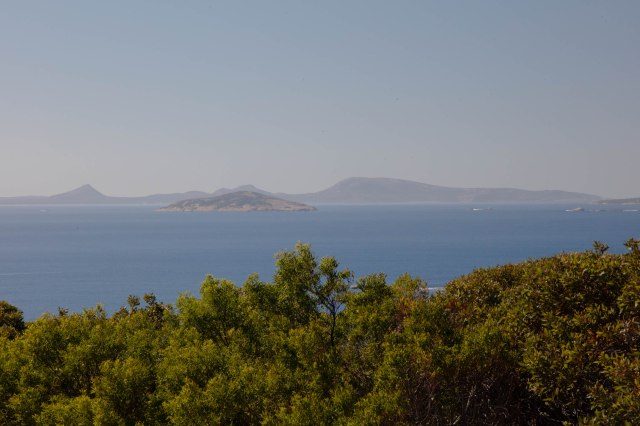 Before leaving Esperance, we had a look at the old tanker jetty which is starting to fall apart.

Then we drove up to the Rotary Lookout which gives views over to the islands and the west beach. 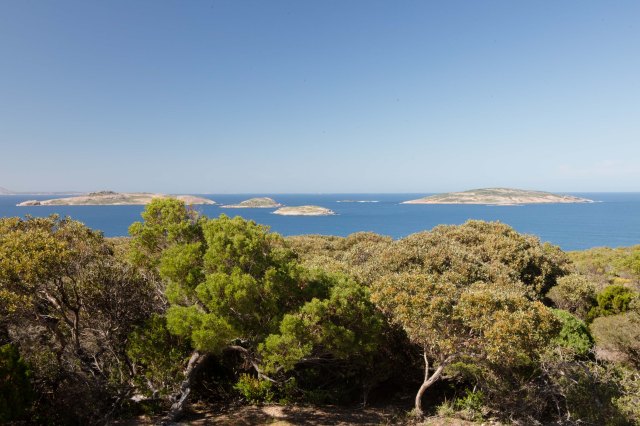 Highway One runs north to Norseman with the railway alongside it for most of the way. Interestingly Google Maps only shows the main roads and no detail of the rest of the town e.g. streets, businesses etc (Eucla as well, although it is even smaller). They have obviously not got out here despite the fact that we are not in the Amazon rainforest or the remote Himalayas. Fortunately, maps.me is a good satellite app for smaller places, roads and footpaths. The surrounding landscape here is agricultural with huge cereal fields, occasional livestock and several large mills. Esperance port ships grain and minerals which are the two large industries in the area. Feeling my caffeine levels dropping, I was looking for somewhere to top them up. Nothing was open at Grass Patch.

At Salmon Gums the roadhouse was open but the hotel was closed and up for sale. There are many small and large salt lakes but closer to Norseman woodland appears and we entered the Great Western Woodlands, the largest intact tract of temperate woodlands on the earth. Bromus Dam is a rare fresh water lake. It was created to service the early steam trains and around dawn and dusk there is a good chance of seeing wildlife. We heard some birds and got some fleeting shots. There is parking and picnic tables around the dam.

A little further on is a side road to Dundas Rocks. These are rock formations and large boulders lying on the ground and there is a campsite beyond them. I found a painted rock on some of them. This craze had been going locally for a while before we left home, but this is the first one I have seen here. I am not participating so left it where it was.

The rocks are south of the site of the abandoned town of Dundas. It was founded in 1893, a year after gold was discovered nearby. However, in 1894 gold was discovered near what is now Norseman and after a while, Dundas withered and died. As most of the buildings were timber there is now hardly anything to see of the buildings but there are a few street names, some interpretation boards, and you can drive the Dundas Coach Road heritage trail. 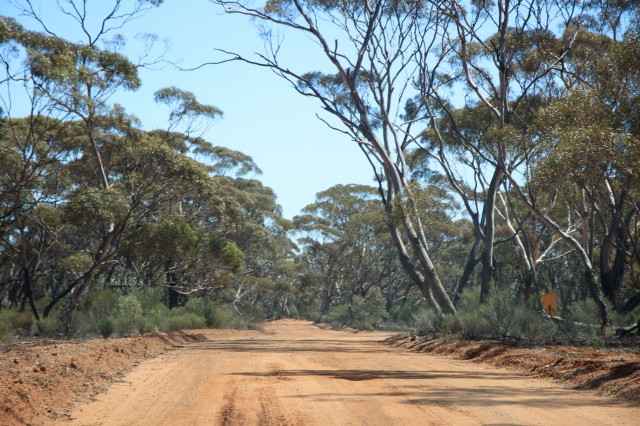 Legend has it that a horse called Norseman pawed the ground and a piece of gold-bearing quartz lodged in his hoof. There is a statue of him in the town centre and one of the roundabouts has corrugated iron camels on it which are a tribute to the camel trains. As in other places, the main street had to be widened to allow them to turn around.

I was chatting to one of the locals and told him that Moffat in Scotland has a sheep statue. He pointed out that Norseman is not twinned with anywhere so maybe that is something for them to explore. Gold is still mined north of the town and there is a huge waste heap on the hillside called Phoenix Tailings Storage Facility which is 40m high and holds 4 million tonnes of waste and was built between 1935 and 1977. 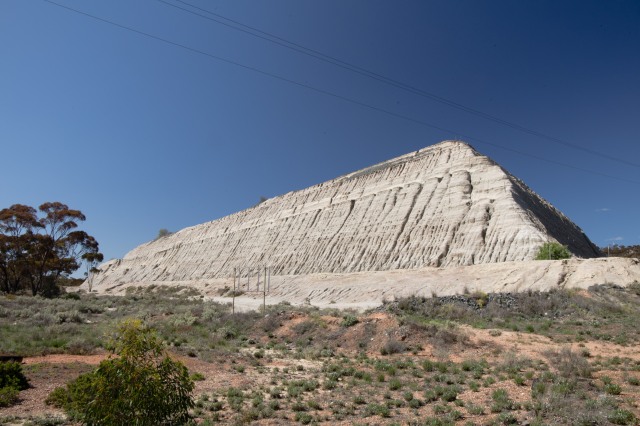 Some eucalyptus trees are beginning to grow on it but there is too much salt and they will not really get established until that has all been washed out. Before we checked in we drove up to the viewpoint at Beacon Hill and walked the short 865m loop which gives views over the land surrounding the town.

It was then time to check into our motel and get ready for the big drive tomorrow. Town is pretty quiet and there are quite a few vacant buildings. As we had our evening meal in the local bar (served by a woman from Lincolnshire) a few workers did come in for a drink and meal. Today’s 134 miles brought the trip total to 8,262.