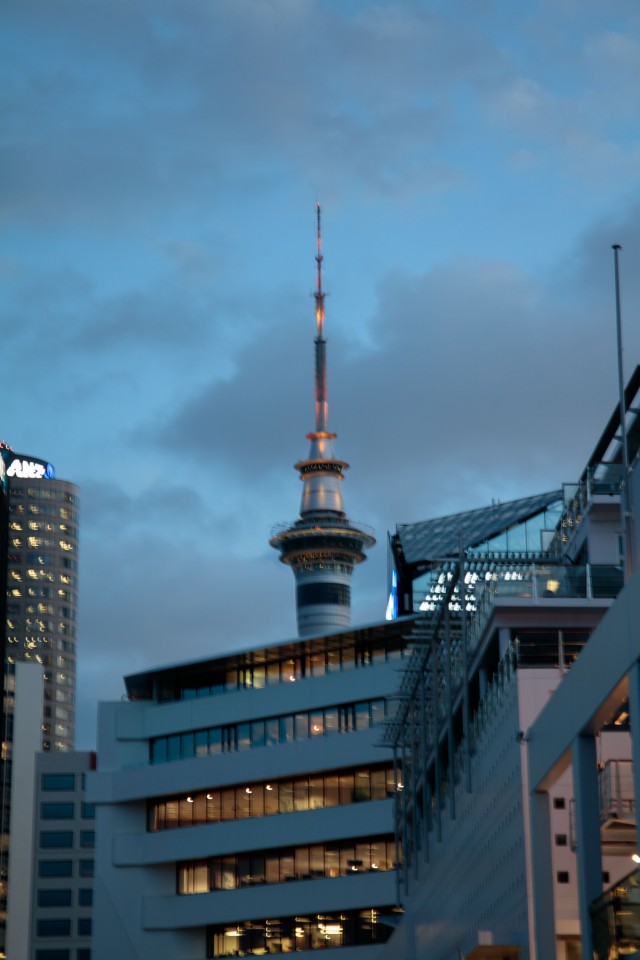 While the northern hemisphere is celebrating the summer solstice by touching Stonehenge and other rituals, the 21st of June is the midwinter solstice down here in the southern hemisphere. We drove from Hamilton to Auckland for our last few days in New Zealand. The sunsets just after 5pm behind the city so we walked down to the harbour to enjoy the evening light. 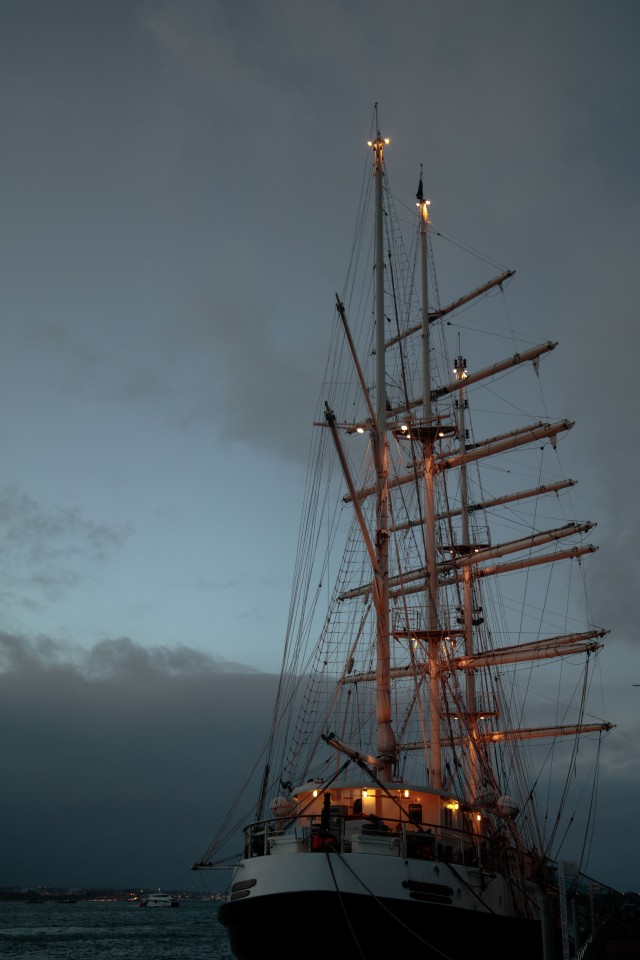 Someone I was at school with has been living in Auckland for many years and had invited us over to their house in Devonport for an evening meal. We took the 10 minute ferry with all the commuters returning home in the dark and had a very enjoyable evening. The following morning the forecast rain had arrived so we decided to visit the museum which sits in Auckland Domain and had a very wet walk there. The neoclassical building was constructed in 1929 and is Auckland War Memorial Museum. Most of the top floor is devoted to the war memorial collection. However, it contains many other gems. On the ground floor Maori and Pacific Islander artefacts are on display.

In the ancestral meeting house (remove your shoes to enter) a restoration project was underway. 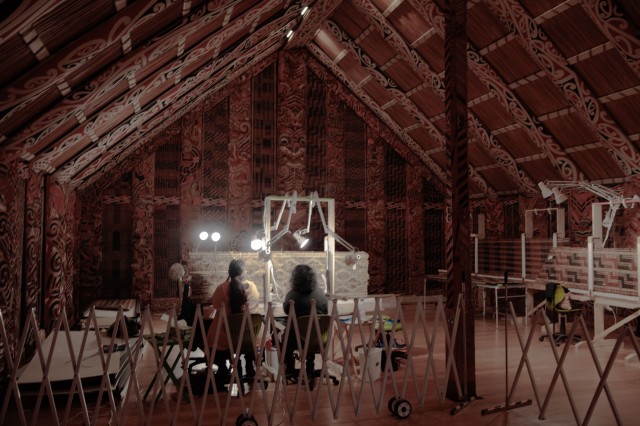 Although New Zealand had its own potteries from the late 19th century, we found a link with home as Royal Doulton and a tile manufacturer in Hanley produced china and tiles with Maori decoration in the early 20th century. There were also silver teaspoons from Birmingham. Other exhibits were Wild Child: childhood in New Zealand, sections on volcanoes, natural history, 20th century Japanese ceramics and a very powerful photographic exhibition entitled Being Chinese in Aotearoa chronicling the experiences of Chinese people in New Zealand in over 90 photographs from the first settler in 1842 to the present day. Unfortunately, we will not be here to see the Wildlife Photographer of the Year exhibition which starts on 7 July 2017. It was raining less on the return journey but the sky remained overcast and the Sky Tower was in the mist so not an evening to go up for the view.

On Friday morning, we were back on the Devonport ferry for a wander around the town. Close to the ferry terminal is Windsor Reserve with a very large tree that has numerous aerial roots. The New Zealand Tree Register identifies it as a Moreton Bay Fig, also known as an Australian Banyan. 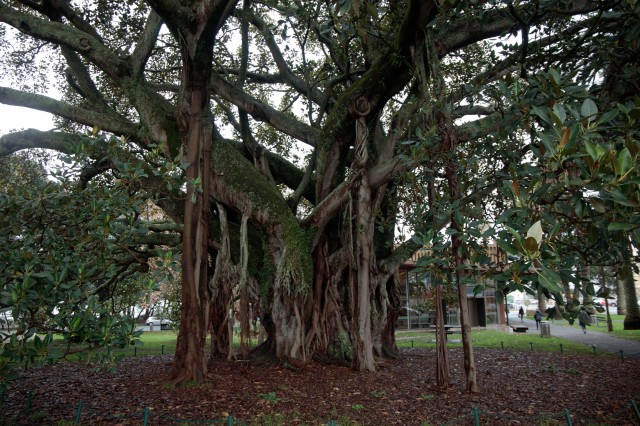 Devonport has two bookshops, both on Victoria Road. Bookmark has secondhand books including a large section on military history in addition to all the usual sections. The shop on the other side of the street sells new books. On Queen’s Parade, we found a gallery selling antique maps and prints, Japanese woodblock prints and other modern prints and a few paintings but nothing to add to our collection. On a clear day, it would have been worth walking up Mount Victoria for the view but as the mist had descended, we confined ourselves to walking on the beach where I found some sea glass and had some conversations with the dog walkers, one of whom was originally from Northern Ireland. 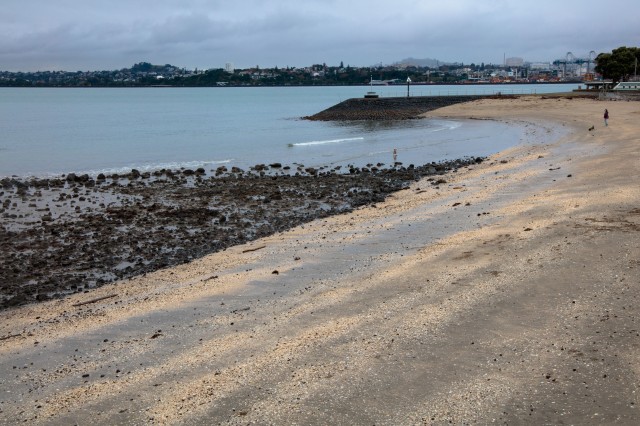 As the city was shrouded in mist this was also not a day for the Skytower.

At the ferry terminal, I picked up a free copy of Paperboy, a free magazine published every Thursday and is a great guide to what’s on around the city. I spotted a photographic exhibition at the Trish Clark Gallery and would have loved to see it but the gallery opened so late that we could not manage it before a late lunch and the walk to Eden Park. We had a great lunch in the Indian restaurant opposite our hotel. A Fan Trail had been marked out for us to walk to the venue and entertainment was laid on along the route. These ladies were dancing to Amy Winehouse:

There were people dancing with fire, various bands (one of whom were doing a not very good rendition of UB40’s Red, Red Wine and people dressed up in all sorts of costumes. It took one and a half hours to get there and find our seat. Unfortunately the British and Irish Lions lost the match with the All Blacks so we slipped out early and caught the first train back to the city centre. Tomorrow we leave Auckland to start the long journey home.