We saw the New Year in quietly at home as James had worked a 12 hour day and then driven up here on Thursday and we had been out celebrating his birthday with friends on the 30th. The 31st had dawned with high winds which were blowing down all the barriers being erected in the city centre for the Hogmanay celebrations that evening. It then rained for a few hours in the afternoon. I had been contemplating doing some firework photography from Blackford Hill as the weather did improve a little. However, I could see myself slipping in the mud with all my equipment in the dark and thought better of it. New Year’s Day began quietly as some of my neighbours are away and one is a taxi driver who had been working last night. After coffee with friends who popped in to deliver a Christmas present, we needed some exercise and headed up Blackford Hill. The dog-walkers, kite-flyers and some runners were all out and a few others who like me were hoping so see a good sunset. The darkest clouds were moving away to the southwest but the sun remained mostly hidden as it set. 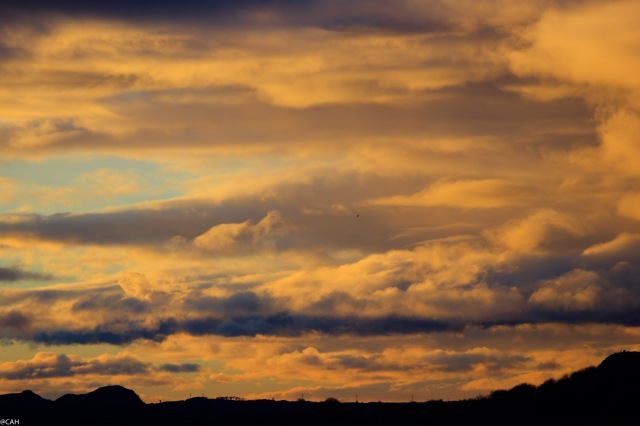 As we walked downhill towards the Observatory, I spotted this guy who was playing Auld Lang Syne on the top of one of the hillocks. 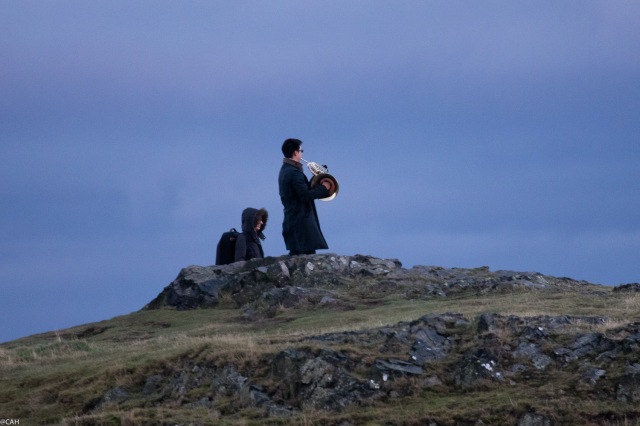 3 thoughts on “New Year in Edinburgh”