Yesterday, after a lazy morning getting ready for today’s departure, we took the bus into Bordeaux. We were there two years ago and once, more than 10 years ago but on both occasions, drove in. The bus terminus is at the Place de Stalingrad. Just before it is reached we passed the old railway bridge which sits alongside the current one. The unused one was designed by Gustave Eiffel and the city has been told that if it is demolished, it would lose its UNESCO World Heritage Status. It would make a great foot and cycle path and could be planted up like the New York High Line. We walked across the Pont de Pierre to the quayside.

and visited the Basilica of St Michael, a gothic church with ancient and modern stained glass. These hangings were striking but there was no explanation or attribution to any artist that I could see. 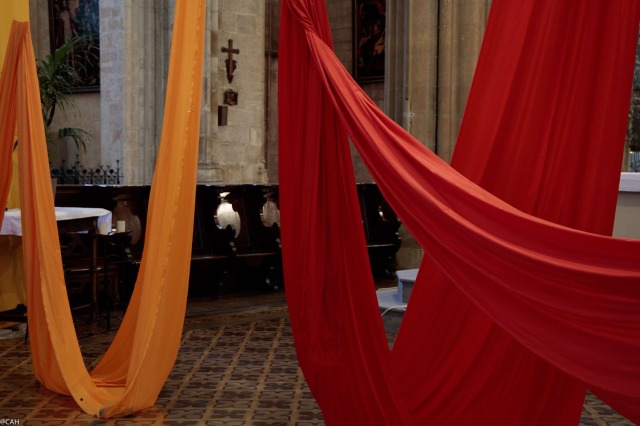 Afterwards we walked around many small streets. The Marché des Capucins is unfortunately closed on Monday as are many shops in France. However, this specialist brush shop was open. The owner was just returning after a short break and we made a purchase. Before my next visit I must check for any missing paint brushes because I don’t think I have seen such a large selection even in an art shop. 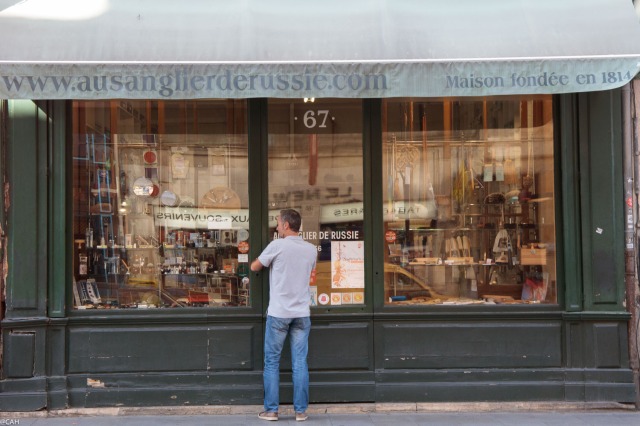 After browsing in Mollat, the second biggest bookshop in France, we walked back along the quayside where a huge ship apparently owned by a wealth Russian was moored. As it was hot, many people were cooling off in the Miroir d’Eau.

As the lanterns were beginning to glow, had an aperitif in the Place du Parlement and our evening meal at the Cafe des Arts which is in the art deco style. On the first floor, the ladies toilet has 1930s photographs and outside, on the landing are displays of dead insects from Thailand, Malaysia and other places. Quite a strange combination. This short exploration of the city only served to whet my appetite to return in the not too distant future as there is still a lot more to see. We returned home today and with not too large a drop in temperature to 20 degrees and still plenty of sun. I am not sure how long it will last. 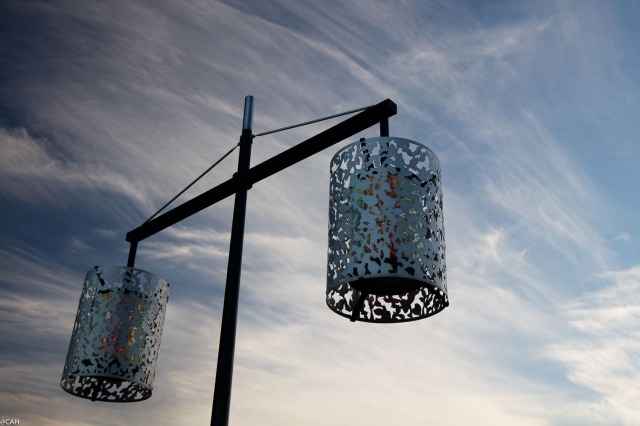 4 thoughts on “Aquitaine: an afternoon in Bordeaux”